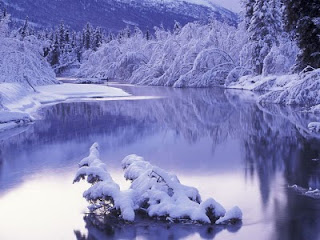 It's snowing today. This past week we've endured a plethora of snow storms, each one leaving an impressive amount of the fluffy white stuff in its wake. As such, I've heard a lot of complaints about this year's wintry weather. They hate that we have 2-3 feet of snow on the level, in comparison to other places that barely have a skiff, if that. They want spring NOW! And there are days when I agree with that sentiment, like when I'm traveling and the roads are slick. =)

Some people find this time of year to be depressing. They travel to places where the sun is shining brightly, in the hopes of renewing their spirits. This works for a time. Then, as with all vacations, it's time to come home to the snow.

I sense there is a little analogy hidden in all of this. Winter has always symbolized a state of rest, or in some cultures and religions: death. All that is living hibernates for a time, buried beneath a blanket of white.

Then spring arrives, bringing new life into the world. The snow melts, the flowers bloom, the grass is restored to a shiny green. Spring represents the resurrection of all living things. It is a time we all enjoy as we push aside the knowledge that in a few short months, we will be wading through the snowy season once again.

I suspect this is one of those teaching moments our Father hopes we'll grasp--that we'll reflect on the importance of life, making the most of the time we have in mortal mode. He longs for us to shine forth as the flowers in the spring, until the snowy season arrives when all growth is at rest.

I also believe that He wants us to realize that spring will always follow winter. A restoration of all things will occur when the time is right. Until then, we should look for the beauty of whichever season is currently taking place, appreciating with gratitude all that we've been given.
Posted by Cheri J. Crane at 6:41 AM 1 comment: 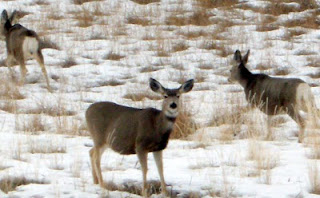 This past week I had an opportunity to photograph several deer that are currently in residence along the east side of Bear Lake. In lieu of a regular blog post, I thought I would share several photos instead. Enjoy! 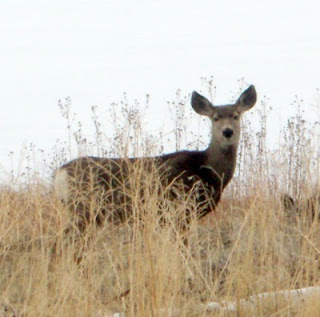 Several of the deer seemed delighted to pose for me. =) 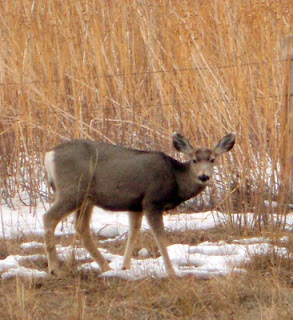 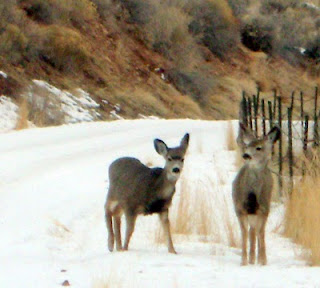 Here were a couple of cute fawns who were too small to jump over the fence with their mother. 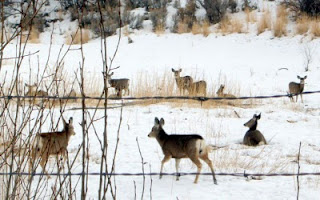 This is where the mother of the twin fawns headed, to hang out with her peeps on the other side of the fence. There were about 20 head of deer in this location. 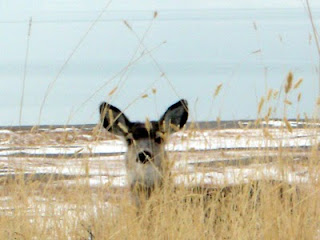 Here's one that was playing peek-a-boo near the lake. 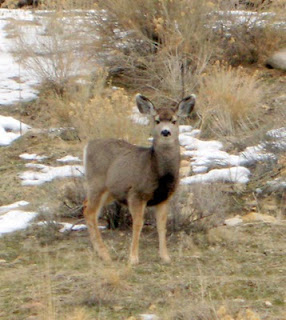 This little guy was so cute! =) And what a little ham. He posed quite well for me. 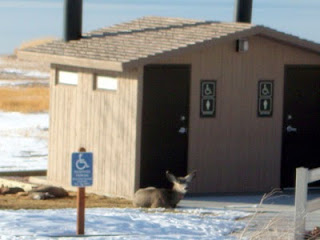 This one was patiently waiting for her turn. ;) 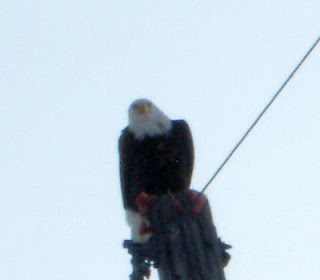 We also saw a few eagles that day. Here's one posing with his breakfast. 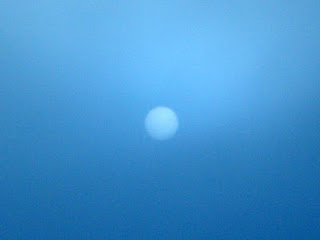 It was a rather misty day. This is a cool shot I captured of the sun, covered by fog. 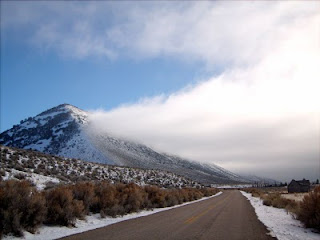 Here is a nifty shot of the mist fading, allowing the sun to shine through. 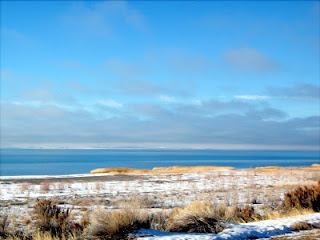 Once the sun was visible, the lake returned to its normal hue of gorgeousness. 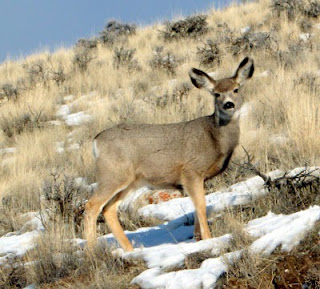 And the deer enjoyed the sun as well. 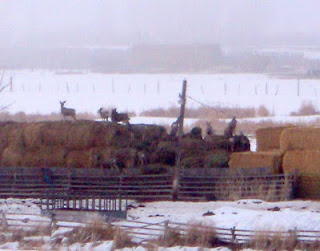 On our way back through Dingle, the mist moved back in. But we could still see a group of deer frolicking on top of a haystack. This final shot was also taken near Dingle. You may note that there are a couple of bucks hanging out with these does. One poor dude has orange twine wrapped around one of his antlers. Most uncool. However, he wasn't about to let me help him get untangled. 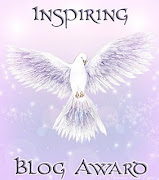